Ulvi Kasimov .ART Founder on Emerging on the side of sustainability and the new cultural shift!

SHARE
Ulvi Kasimov, .ART Founder, Forbes-listed venture capitalist, collector and philanthropist reflected on the state of culture and sustainability. We are in a time of change. Talks of sustainability, new trends and discussions around global issues have never been so central to our daily lives. After all, change is the only constant in life, and .ART is ready to contribute, join the conversation and jump in with both feet. Ulvi Kasimov at the Pushkin Museum during an event sponsored by .ART

At the most recent Climate Summit, world leaders re-asserted that climate change is a prelude to catastrophe and no longer possible to ignore.

It is of interest to note that this and similar declarations seek to address the problem by focusing on limiting production. Unsurprisingly, elected governments avoid the politically unpalatable message of limiting consumption. Inapposite to the goal, the “sacred cow” of consumption is strongly stimulated by the same governments.

But humanity produces to meet consumer demand. A pledge focused on production is a false choice. It is impossible to talk about changes in production without corresponding changes in consumption, i.e., changes in the way we live. This is difficult because the basis of modern consumption is our materialistic based culture; we live in a “culture of consumption.” For example, we consume fashion (a seasonal change of wardrobe), smartphones (upgrading to new gadgetry), and even trash collection (always there to cart off the “old’ and the packaging of the “new”).

As a Volkswagen executive recently stated, “owning a car today is not a need, a need is a car only when you need it.”

How does one accomplish culture change? It is useful to consider other transformative trends in our culture that have recently emerged.

In one culture shift and going back to our VW executive, growth in ride-sharing companies (as well as bike-sharing, electric scooters and improved light rail) are demonstrating that car ownership is not a “need.” 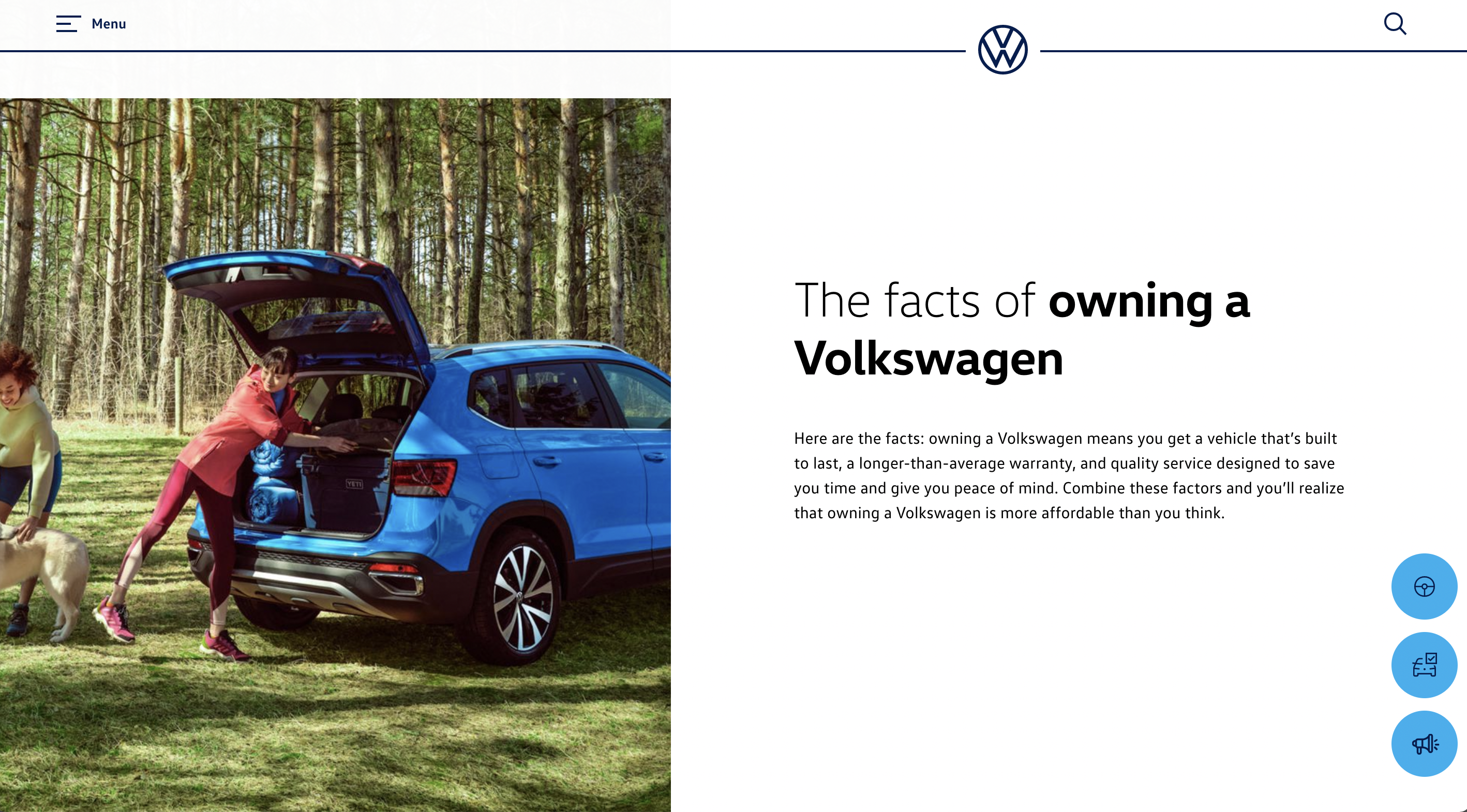 In another example of sharing, brands are actively introducing “digital collections” where possession of a material object, especially an expensive one, has ceased to be a necessity. The sharing culture is slowly but steadily replacing the consumption culture.

In this regard, the art world is well-positioned to lead the way. The pandemic has literally dragged “art” into the internet, which in turn has created the conditions for the art world to become one of the leaders of the sharing economy. Previously held desires for possession of a physical cultural object has faded in favour of digital works, NFTs, and shared access. Why is this?

The development of crypto technologies is one important pillar of these cultural changes. In the art world, authenticity and uniqueness are key components of an object’s value. Crypto technologies provide a solution for these problems, especially in the case of digital art objects and archives.

In addition, younger generations are more accepting of shared consumption and different consumer habits. “Impressions” and “experiences” are more important for new generations than the possession of material objects. This has become the “new materiality.” A blog with millions of followers can have value comparable with a factory producing millions of units.

These sorts of innovations and shifts in cultural norms often first appear in the art world where liberalism is the norm and change is welcomed and is a point of attraction. Consumers move willingly from owning art objects to “streaming.”

Of course, there is precedence for this in the performing arts: in film and music, which are enjoyed temporally. With this same type of norm now arising in the visual arts, which corner of the community will lead the way to change: Museums? Auctions houses? Galleries? Individual artists? Unknown tech partners to the arts? Each will likely play a role in expanding the sharing culture in the art world.

Museums are well-poised to lead the way. The quantity and quality of the works displayed (and stored), the network of their connections, and the concentration of attention around them place museums in an undeniable position of leadership in the art world. However, museums’ traditionalism, adherence to custom, and dependence upon (generally conservative) benefactors create certain inertia, so that one might not expect museums to lead in revolutionary changes. Museums have a lot to lose, even when embracing minor change. The same applies to any substantial or long-lived organisation, such as galleries and auction houses. The “captivity” of established practices, connections, and brands produce a resistance to change.

Fortunately, there remain the pioneers who challenge, look for communities that lack infrastructure, and see value-adding opportunities. The pioneers generally have less to lose (and the potential for gain is great).  Therefore, the change often comes from the bottom up, with the artists themselves and the creative class in general: building the infrastructure of digital consumption. Daily records in sales of NFT works by individual artists are a vivid example of this. Just now, auction houses are starting to join as this sharing culture spreads upward into the art hierarchy. 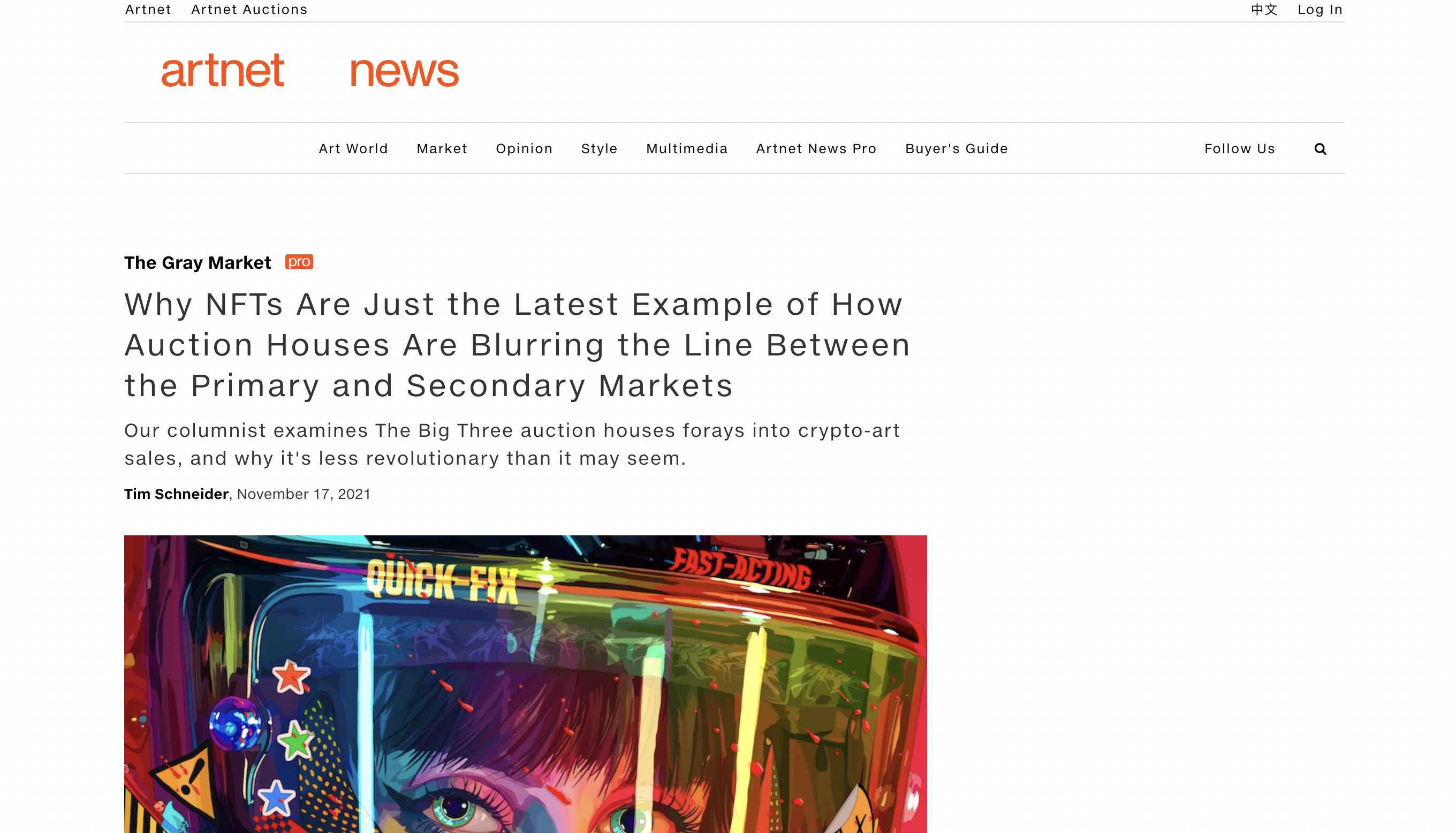 Surprisingly and fortuitously comes the .ART domain name registry, finding itself at the epicentre of this movement and steadily gaining an audience of creative people. Technical partners to the art community and well-positioned to support the sharing culture, .ART offers many solutions to artists, galleries, auction houses and museums looking to join and exploit this cultural shift.

.ART offers simple direct connections to blockchain platforms (such as the Ethereum Naming Service) and NFT minting services: both key in the new sharing culture. In addition, .ART seeks to meet the display and sharing needs of every artist while protecting their intellectual property by offering low-cost domains and free websites building.

By lowering the barriers, .ART enables the global art community to engage in the digital and shared consumption movement, and hence the conservation of nature. It will be interesting to see whether (or when) the shared culture of the art community spills over into other consumption models and has a real effect on the world’s approach to environmental issues. Ulvi Kasimov
.ART Founder, investor and art collector. He has been nominated as part of Observer Arts Power 50 in 2020. You can connect with him on LinkedIn.
Facebook Twitter #Blog
Site.pro: Go Digital and Start your Personal Brand Journey with a Bang!
This website stores cookies on your computer. These cookies are used to collect information about how you interact with our website and allow us to remember you. We use this information in order to improve and customize your browsing experience and for analytics and metrics about our visitors both on this website and other media. To find out more about the cookies we use, see our Privacy Policy.