SHARE
In the last few months, the non-fungible token (NFT) art space has exploded with Grimes making $5.8 million in a matter of minutes. Cryptocurrencies and blockchain have disrupted nearly all areas of our human life. Perhaps being most synonymous with financial services, you might be surprised to find that it has paved its way into is the arts industry, too. In a recent auction on Sunday night Elon Musk’s girlfriend Grimes made $5.8 million in a matter of minutes selling unique and editioned items of her WarNymph collection. The auction was hosted by Nifty Gateway, a marketplace for digital collectibles owned by the Winklevoss twins (American investors known to have sued Zuckerberg  in 2004 for stealing their idea for what became Facebook).

Nifty Gateway strategy resembles the popular approach among youth culture of “hypes and drops”. Every drop consists of a selection of works available only for a limited amount of time for the collectors to purchase. In the case of Grimes, she took it a step further by creating several different opportunities to buy her work thus targeting all the levels of buyers; the wealthier collectors could place bids on one of the two silent auctions for a 10/10 edition – meaning no one would know the bid until the countdown finishes, and the highest bidder wins the piece without disclosing identity. The rich folks could also bid on a unique auction piece “Death of the Old” video loop that went for $388,938. 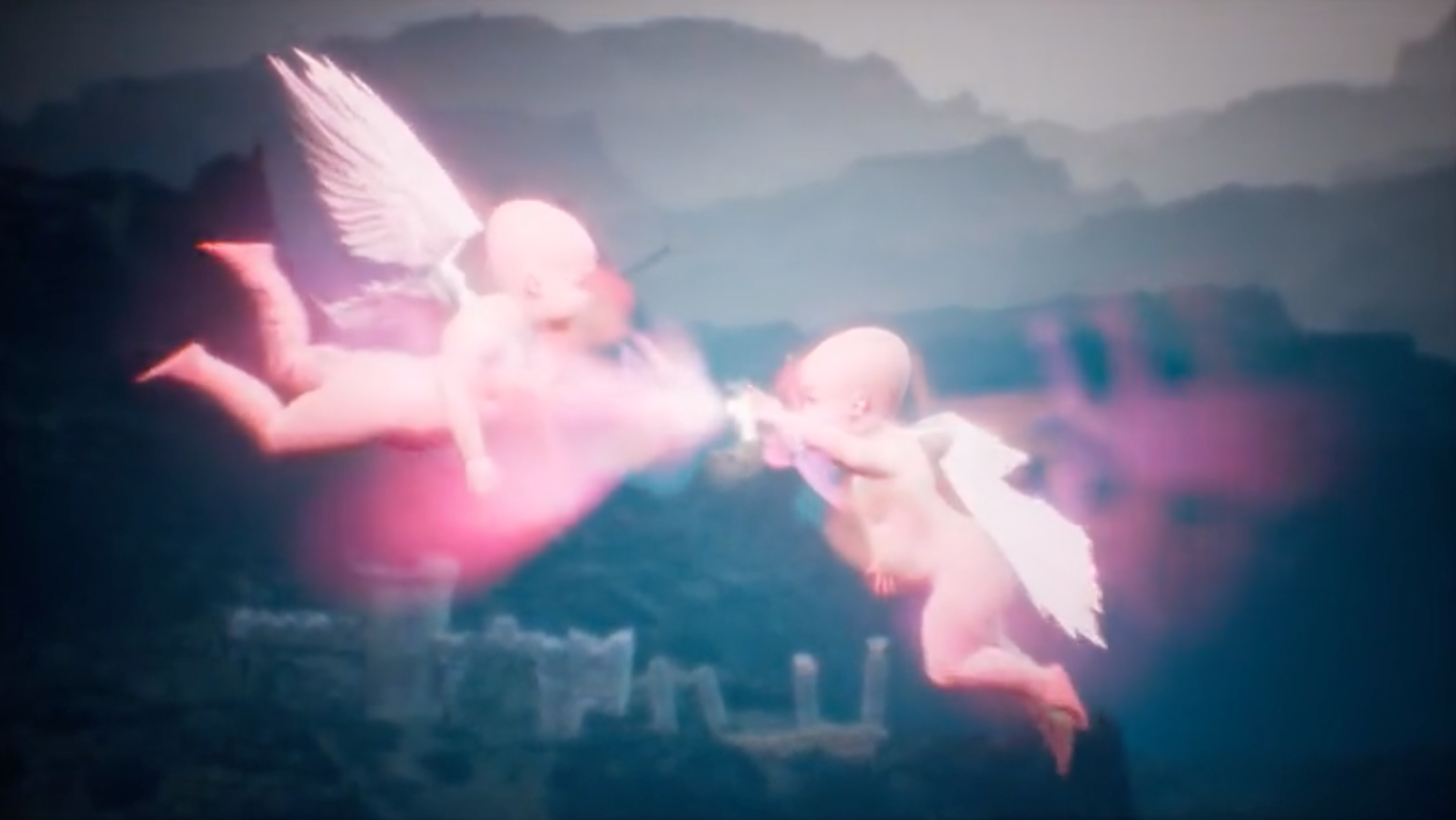 For the mid-range collectors, Grimes made things a little more straightforward – she issued an open edition for two of her works priced $7,500 each. For a duration of around 10-15 minutes buyers had the chance to purchase as many copies of the work as they wanted and once the sale closed, the amount of purchases would be the final amount of editions on the market.

The fans with less money to spend on digital collectibles also had an opportunity to participate in the sale. They were given the option to enter a raffle – even more, they had four different raffles for different works. Each raffle was $20 to enter and had a hundred editions to win. With 15’000 raffle entries on average, the chances were slim but still better than a lottery!

The tactic used by Grimes to channel the hype of her audience and maximise a sales opportunity is noteworthy. NFTs offer not only a medium but also a tool and ecosystem for artists to take advantage and learn from.

Below you can learn more about the definitions and brief history of NFTs.

So What On Earth is a Crypto NFT?

Non-fungible tokens contain identifying information recorded in their smart contracts. It’s this information that makes each NFT different and that’s why they cannot be directly replaced by another token. So: non-fungible tokens are not interchangeable – each of these tokens is unique. They cannot be swapped like for like, because no two are alike. This helps make non-fungible tokens (aka NFTs) take blockchain applications way beyond the usual digital currency use. So, in essence, the possible uses of this technology are pretty much endless.

Another very important feature of NFTs is the fact that they are indivisible. This means you can’t send a portion of a non-fungible token to someone (unlike with, say, Bitcoin). Bitcoin is known as a fungible token, because you can send someone one Bitcoin and they can send one back, it would still be one Bitcoin.

How Did NFTs Come About?

It all started with 10’000 AI-generated LarvaLabs’ CryptoPunks, followed in late 2017 by the CryptoKitties project, which rocketed to popularity. CryptoKitties is a game on the Ethereum blockchain that allows participants to buy, sell and breed cats or special NFT tokens on the ethereum blockchain. Each token represented a unique cat that was produced by a smart contract. The legacy of CryptoKitties is undeniable: the project raised huge awareness of the concept of non-fungible tokens. However, in light of the latest news, CryptoPunks have returned in popularity, selling for millions of dollars on the secondary market.

OK, But What Has This Got to Do with Art?

Digital artists notoriously experience a lot of difficulties when it comes to protecting their copyright online. Thanks to NFTs, digital artists can safely sell their works. Non-fungible tokens and their smart contracts allow for detailed attributes to be added, like the identity of the owner, rich metadata or secure file links — all of this greatly helps artists have copyright over their work. The world of crypto has also inspired artists to create futuristic and exciting artworks that seek to explore the world of the crypto/blockchain movement.

Another piece of exciting news is that in February 2021, Christie’s auction house announced its first sale of a fully digital collection of works by the renowned NFT artist Beeple. It was the first time a non-fungible token was auctioned at one of the major auction houses for traditional art, offering the buyer to settle the bill using cryptocurrency.

A common criticism of the crypto art market has been that the so-called artworks have been called ‘simple’. While it’s easy to dismiss these works, there have been a number of serious artists who have left their mark in the crypto art world, and are certainly worthy of attention.

Where can I buy NFTs?

One can purchase an NFT on various platforms, including SuperRare, Rarible, Open Sea, Nifty Gateway and Async.art. However, for most of them, the buyer would need to set up a special wallet for cryptocurrency to buy and sell art collectibles. 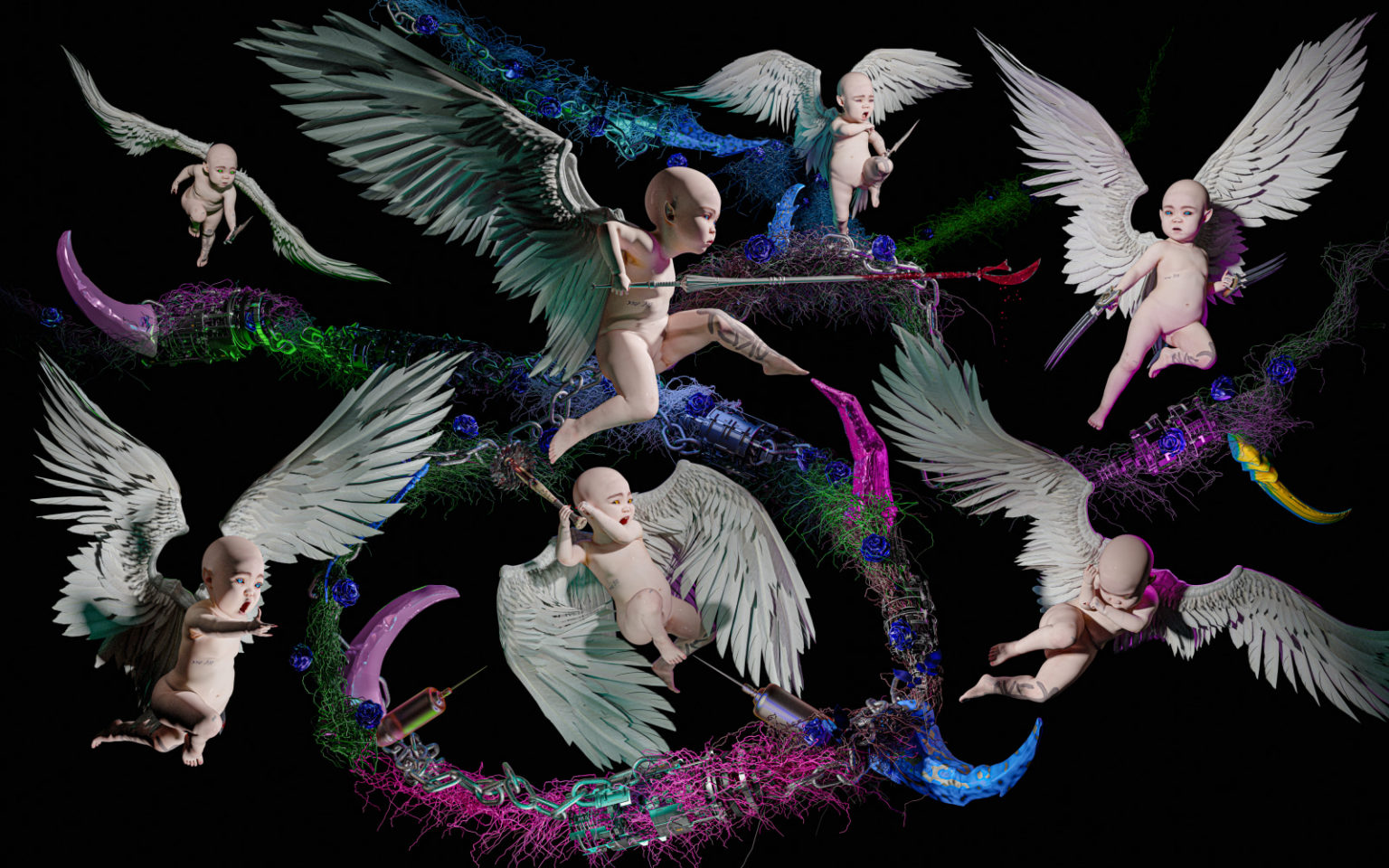 Battles of the WarNymphs by Grimes via Nifty Gateway

With NFT collections now fetching enormous sums, there’s undeniably ample growing space for digital artists to utilize online tools and create provenance ledgers. Whether you are a beginner, viral meme creator, poet or dancer – new technologies open plenty of room to document and monetize your creations. In this new economy, anything is possible, and maybe you will be the next artist having your art auctioned for millions! In the age of total information overload, creating and sustaining a creative image or a personal brand is an art. Having... #Blog
Survival Tactics - All what you should know about Grant Writing!
This website stores cookies on your computer. These cookies are used to collect information about how you interact with our website and allow us to remember you. We use this information in order to improve and customize your browsing experience and for analytics and metrics about our visitors both on this website and other media. To find out more about the cookies we use, see our Privacy Policy.